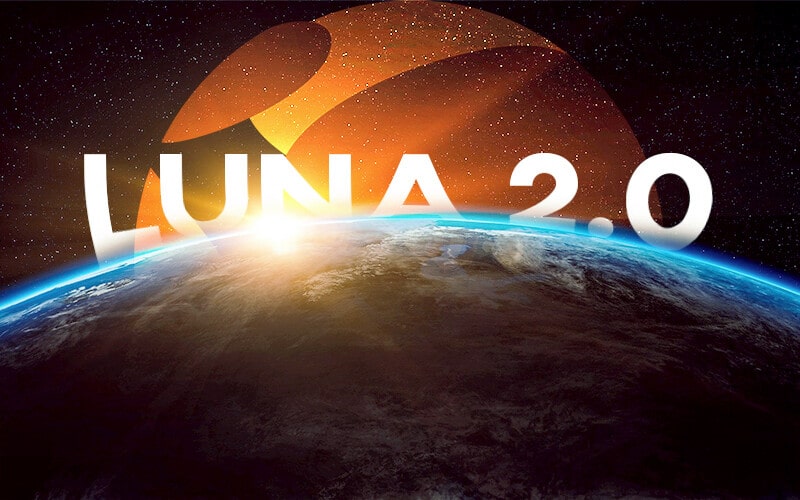 The victory of the Terra Luna vote, a new Terra Luna token named Luna 2.0 is due to emerge, but what exactly is it?

Do Kwon and the Terra team set in place a Luna recovery strategy as Luna attempts to recover from the huge Luna coin meltdown. The existing Terra blockchain will be split up into Terra 2.0 under this strategy.

So, as the number of Luna 2.0 cryptocurrency exchanges grows, let’s have a look at what Luna 2.0 is all about.

Luna 2.0 will be the first token on the new Terra blockchain, and it will be used to save the Terra Luna ecosystem following the collapse of the stablecoin.
TerraForm Labs creator Do Kwon’s plan, dubbed the Luna rebirth, proposes that a new chain replace the old Terra network. Luna 2.0 will also be replacing the current version of Luna. It will cut links with the UST stablecoin, which was the source of the crash in the first place.

Most dApps will migrate to the new chain in tandem with the new chain. According to Terra, the majority of the other features will be carried over.

It tweeted, “Terra 2.0 is offering you the same principles you fell in love with the first time.” “Our incredible LUNAtic community, world-class UI/UX, and a deep, capable developer pool ready to construct the future of DeFi.”

When will Luna 2.0 be released:

Now that the vote has been completed, Luna 2.0 will go live on May 28th, the same day as the Terra chain’s genesis block.

Terra has pushed back the debut date by one day, which was originally scheduled for May 27.

Terra, speaking prior of the launch, said: “We declared as a community that we would rise from the ashes. As a result, tomorrow will see the debut of one of the most decentralised and community-owned blockchains ever.”

All eyes will be on the Luna 2.0 price at launch. While the new coin will represent a new beginning for the network, holders and members of the cryptocurrency world will not quickly forget the demise of Luna Classic.

At the debut of the new Terra chain, existing Luna holders will receive Luna 2.0 via an airdrop. This will occur in the new chain’s first block.

The airdrop allocations are as follows, based on a 1 billion supply:

At launch, not all of the 1 billion Luna will be available. A significant portion of this will be vested for at least six months after the new chain is released.

The airdrop and subsequent transfer to a new chain will be supported by a number of cryptocurrency exchanges.

“We are happy to be working closely with CEX partners” to support the airdrop, Terra stated in a statement on May 25. It confirmed Binance Luna 2.0 support in this section.